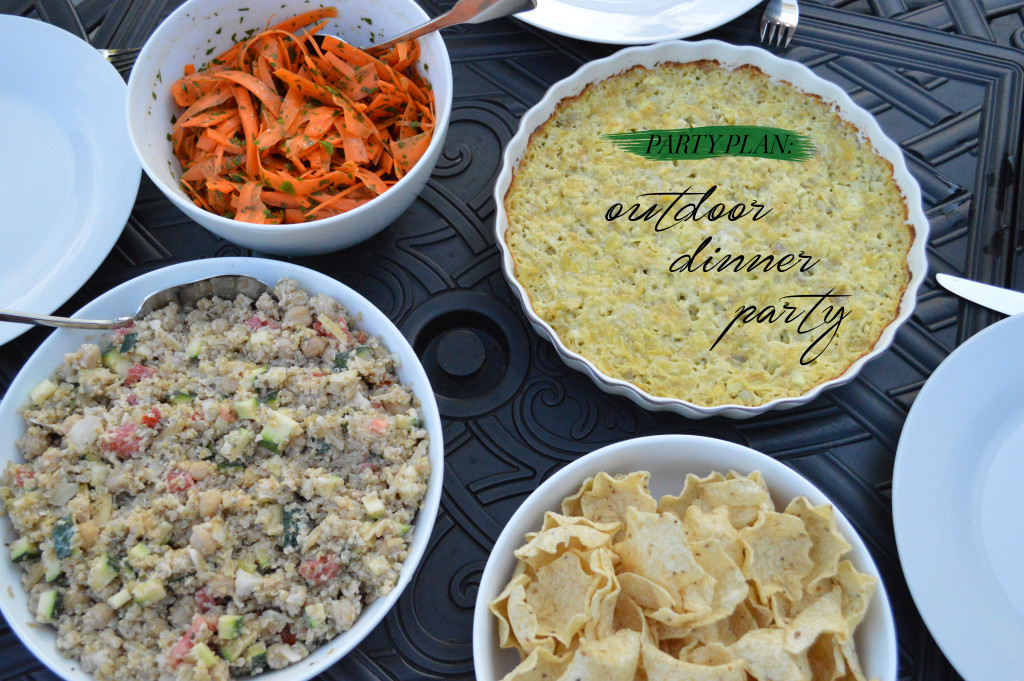 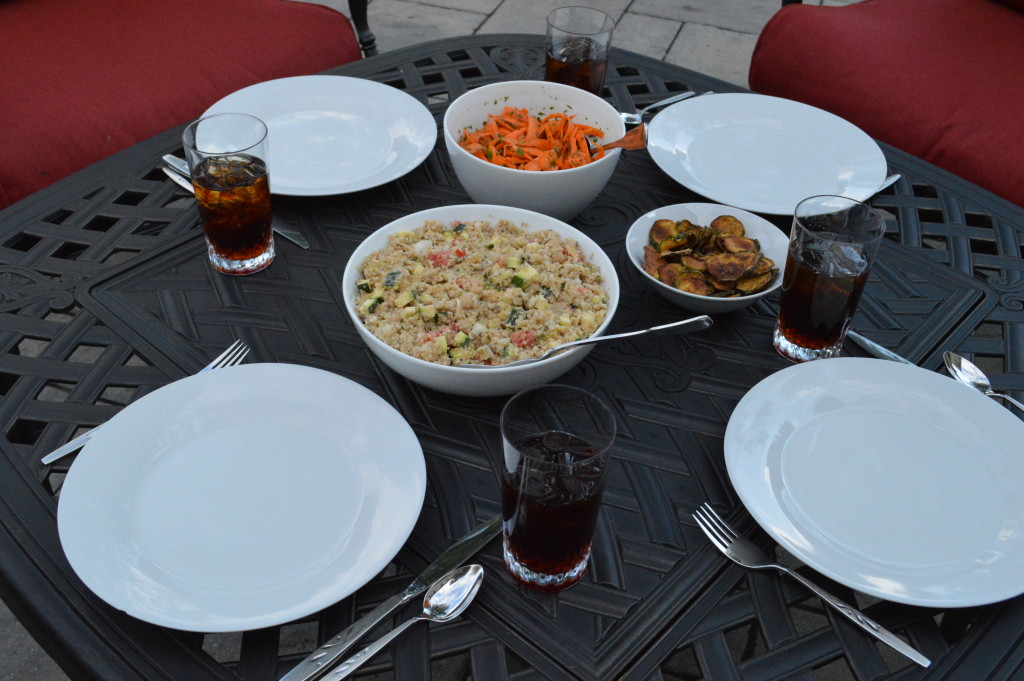 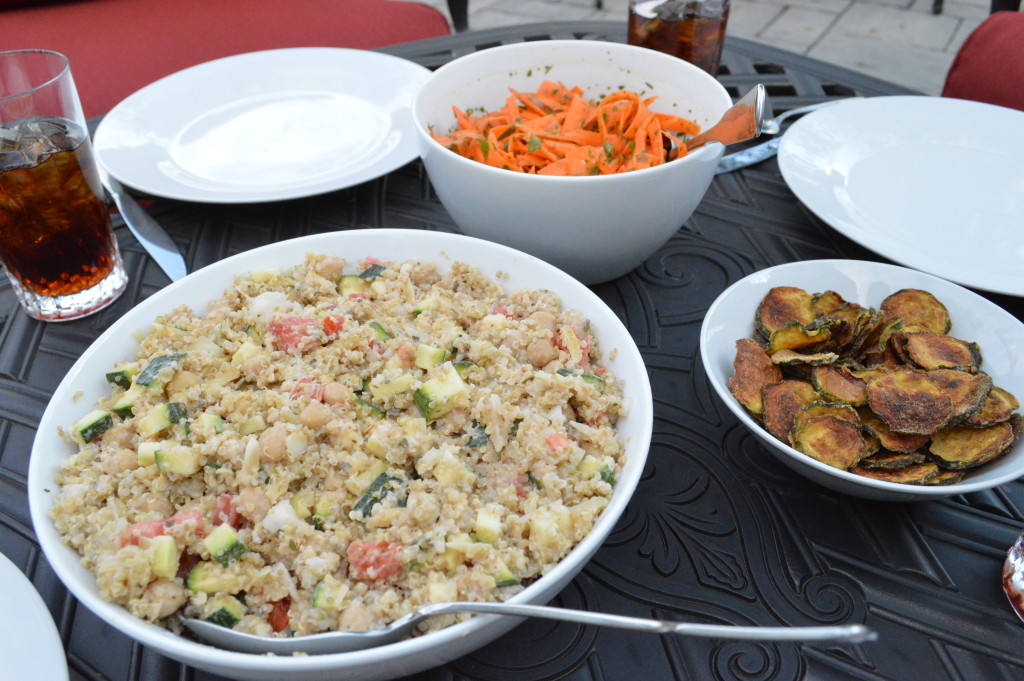 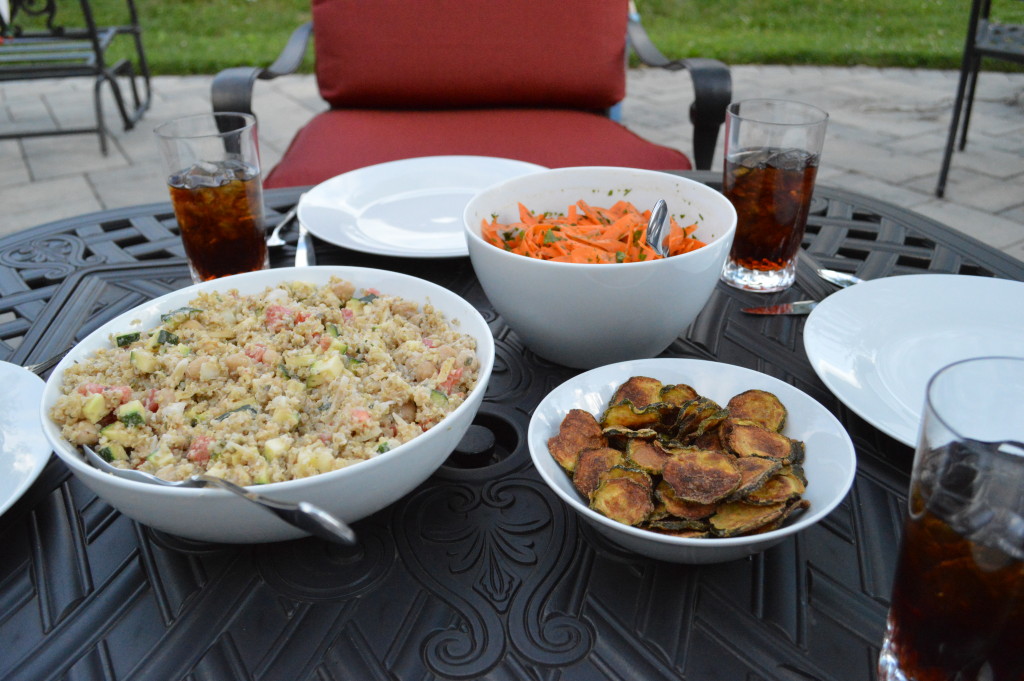 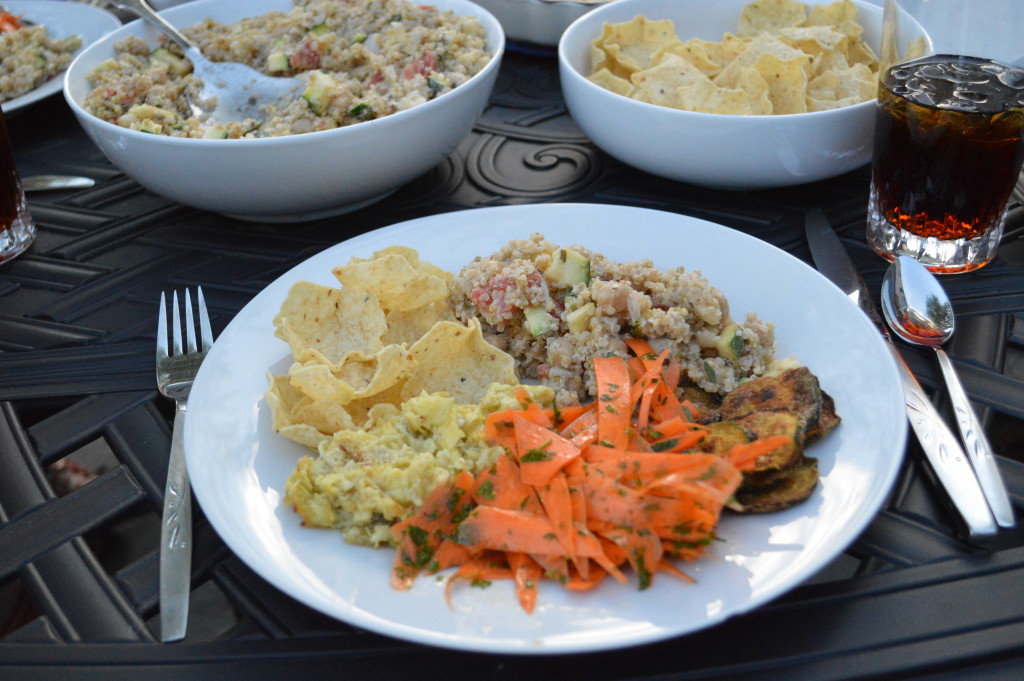 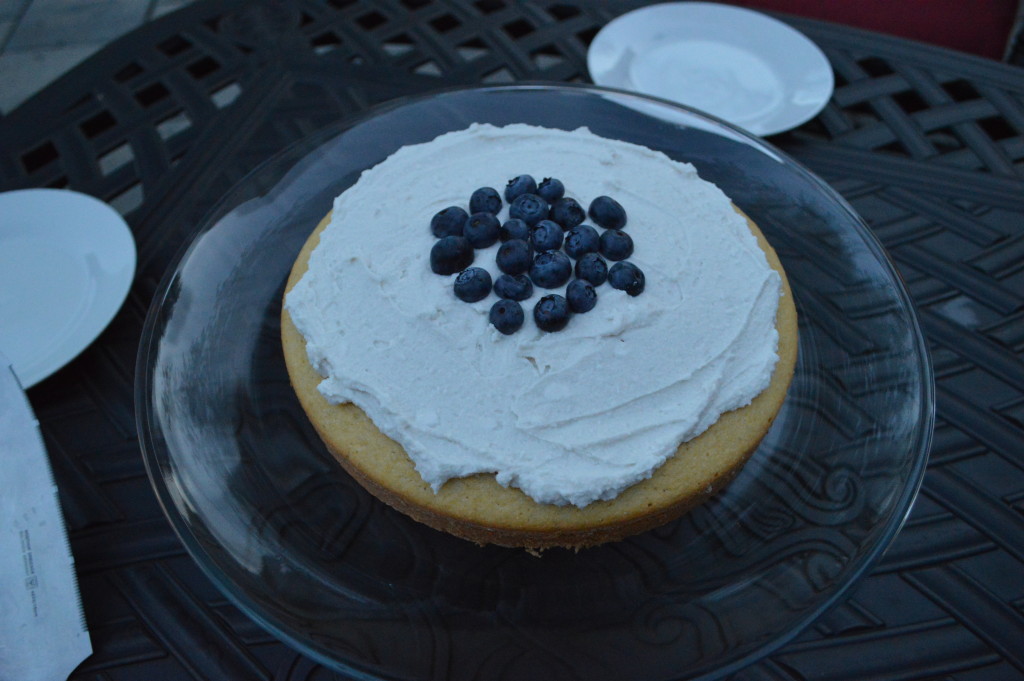 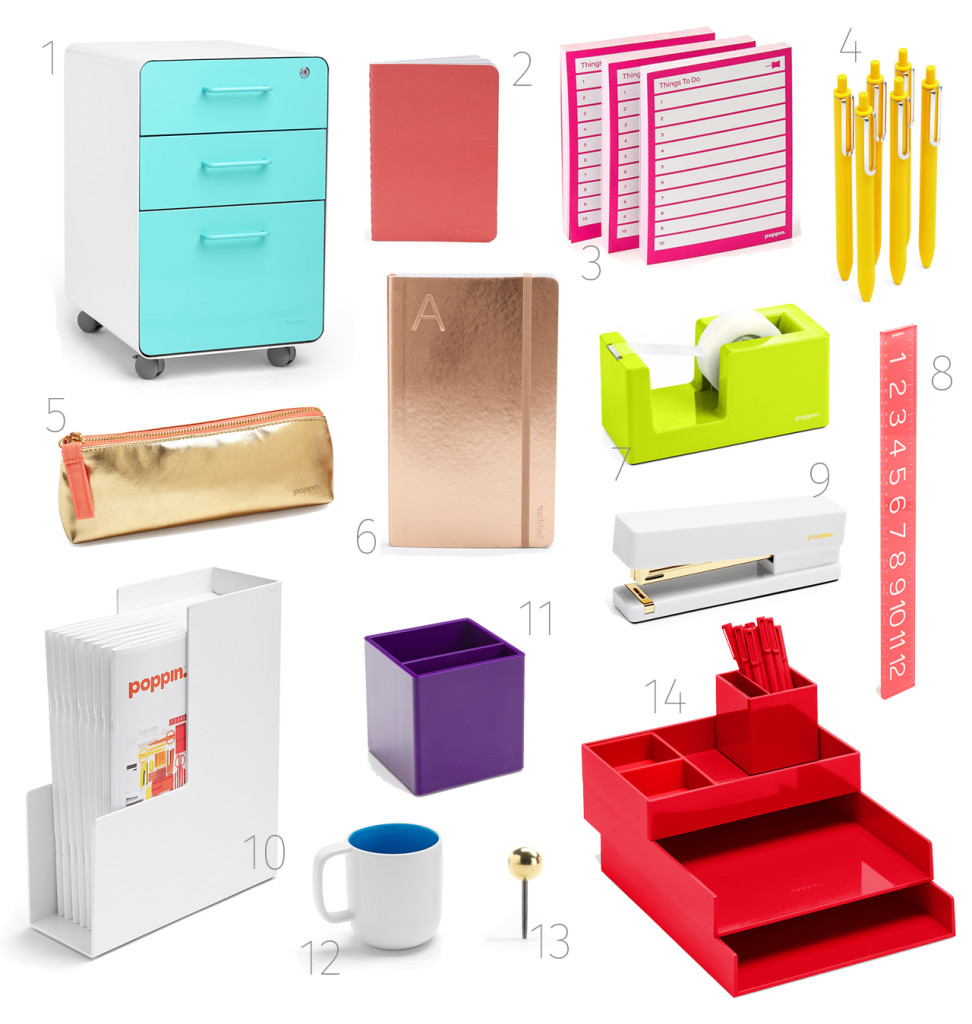 I’ve been a big fan of Poppin for quite a while now – it pretty much feeds my love of fresh office/school supplies year-round. Everything looks clean, fresh and minimal, and comes in a rainbow of colors, and all for a ridiculously affordable price. And since they’re all about organizing your workspace, it seems only fitting that their website is super organized, too – by type of product and by color (!). I picked up a tiny white tray at Crate & Barrel the other day, and I’m super excited to start filling my office with all kinds of shiny white goodness (and, you know, maybe a pack of sunny yellow pens or a coral ruler). I’m also in love with these gold pushpins, which would make my bulletin boards look so polished. And this magazine file is functional and so nicely designed. 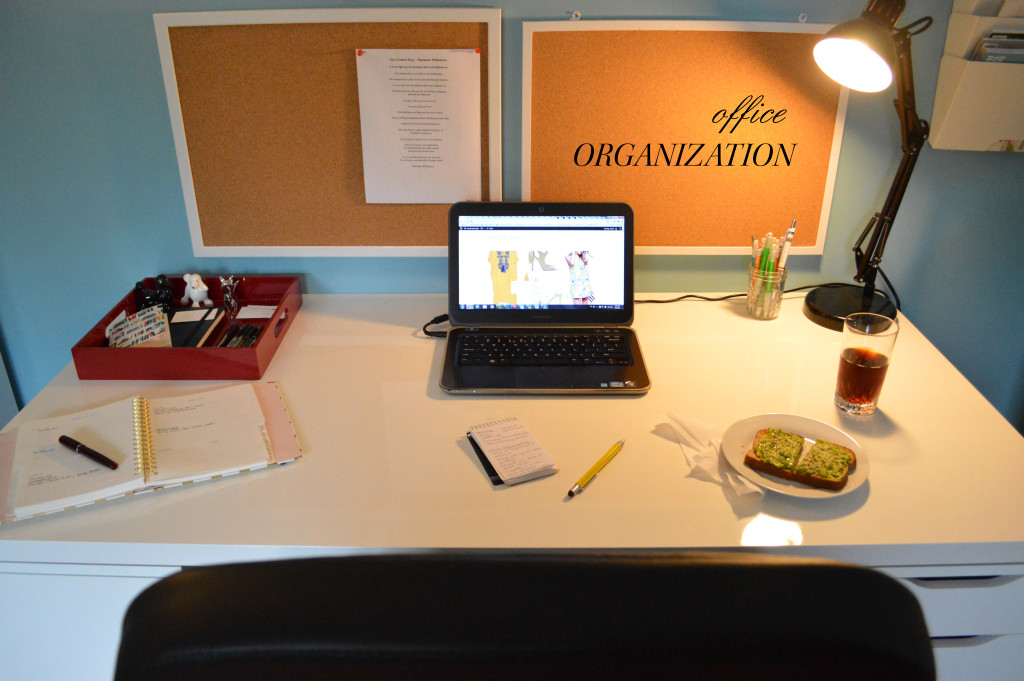 I’ve been in something of an ongoing war with my office ever since I redid it (which was, um, three years ago). Naturally I kept putting off organizing it, but then something snapped a few weeks ago and I went on a major cleaning spree. I’m hoping it’ll stay like this because it feels so nice to have a clean, tidy place to do work. I thought I’d share a few photos and tips in case any of you are in need of cleaning inspiration. 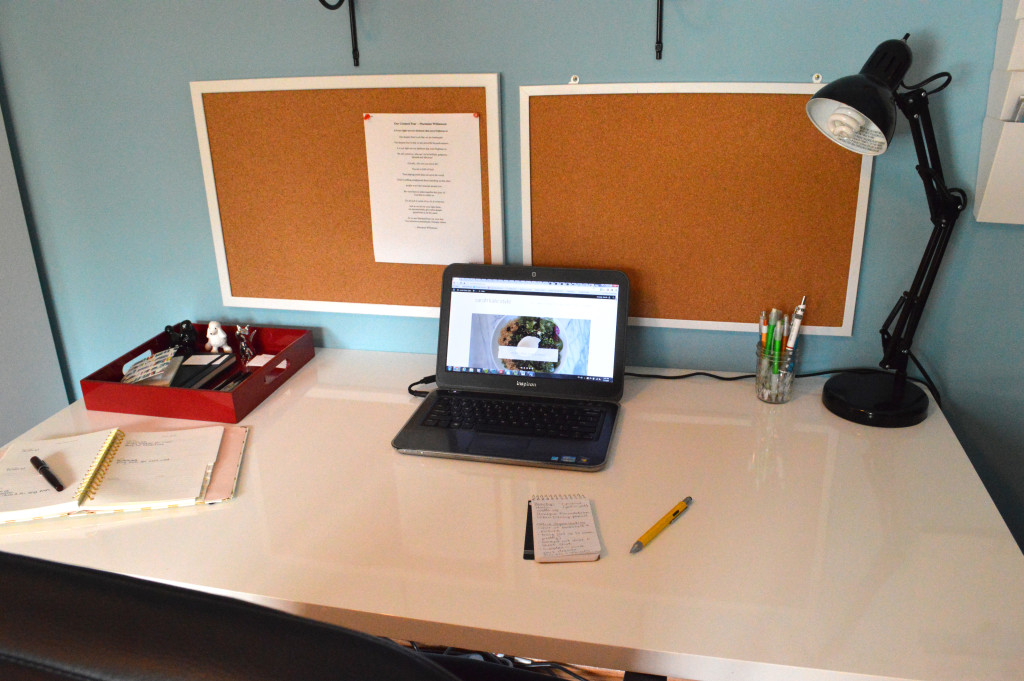 I think it’s imperative to have a clear desk top. You can spread out with all the stuff you need, and piles of paper and books and junk feels sort of claustrophobic (plus it’s just not nice to look at). For the things that need to get moved somewhere else, or would normally be perched somewhere on my desk, I use a cheery West Elm tray to corral them, and I sort through later. I always keep my agenda open and visible (so I remember to look at it!) as well as a pen cup, for obvious reasons, and a notepad to jot down the random things that pop into my head (find that blouse, take pictures for that post, pack that book on vacation). 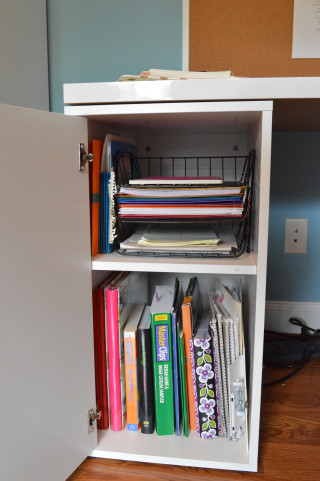 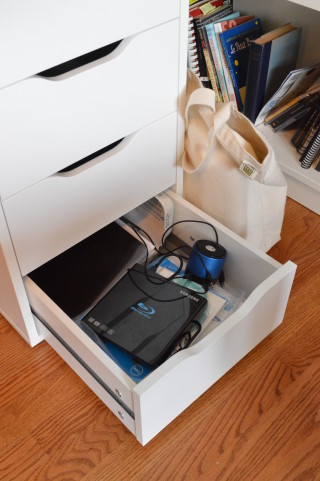 Organizing my drawers and cabinet were probably my biggest source of apprehension, but I ended up tackling it head-on with a garbage can. My system was to throw away or relocate anything that I hadn’t used in recent memory, and that got the junk level down pretty fast. Then it was just a matter of reorganizing and stacking and sorting what remained. Luckily my desk drawers are really long – even so, I have two drawers full of office supplies, which I’m starting to get organizers for (I love these). Then I have a drawer for money and wallets and financial things, then one of random miscellaneous things (mostly a lot of pouches) and then one for tech, computer stuff and manuals (shown above). My cabinet was a little easier – I just reassessed what was in the bottom shelf, then cleared out most of what was in my letter tray.

Personally, I’ve become a big proponent of the idea that you should throw out or give away things you don’t use and/or don’t make you happy (and I’m loving the results). 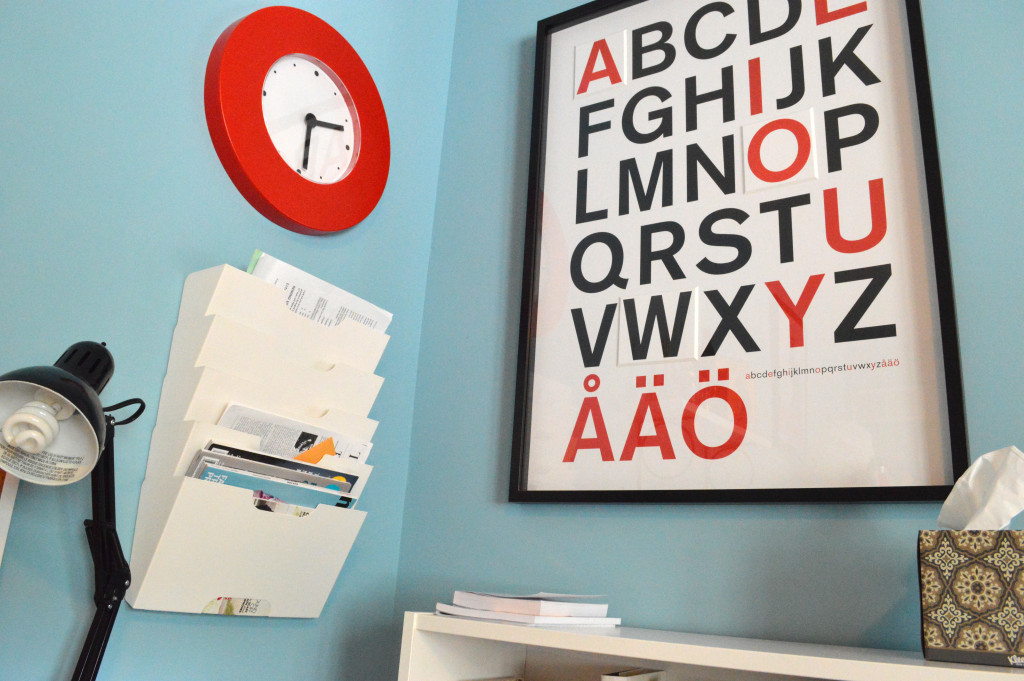 And, of course, some accessories from IKEA to liven up the space…I don’t think I’ll ever tire of that poster. (I’m still working on the magazine rack – it’s about a third magazines, a third papers and a third empty right now.) 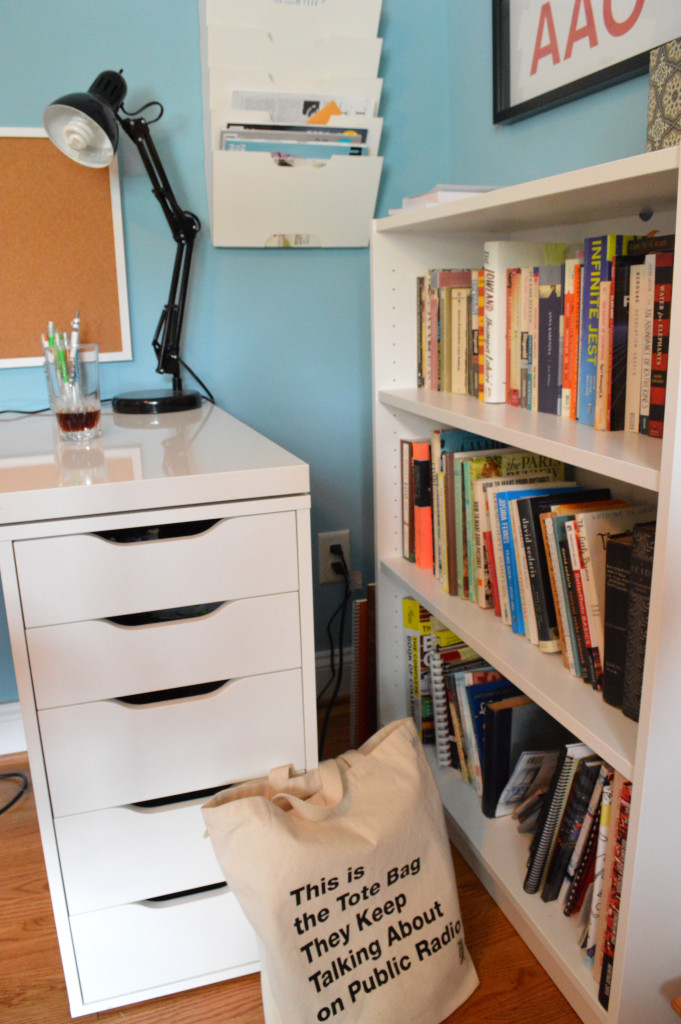 A few months ago I realized that my book collection was starting to spiral out of control, so I ran to IKEA for a thin bookshelf (and within a week the shelves were filled, of course). It’s become a place for me to shelve new books as well as ones I’ve yet to read, and the top is the perfect place to stash whatever may be cluttering my desk. 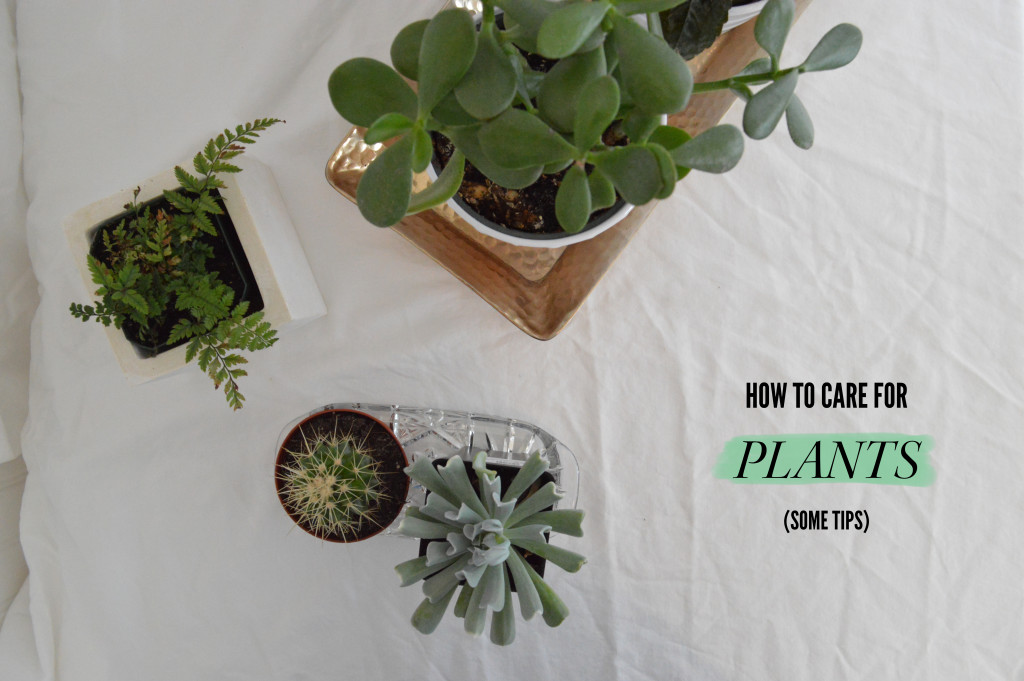 In the last year or so, I’ve become sort of obsessed with indoor plants. But I came to discover that I have something like a brown-ish thumb after I got my first few succulents. Granted, the plants were cheap, but I was still sad to see plant after plant die…so I decided to get serious (as serious as one can get about tiny cacti) about plant care. I tapped my dad for help, since he’s a bit of a plant wizard (he protests this, but he resurrected two of my plants) and I did a tiny bit of research. Since then, my plant woes have been almost completely cured – and one of my cacti has even started to grow (after doing absolutely nothing for a year). I’m by no means a plant expert, but I thought I’d share what I’ve learned – I hope these tips will help if you’re discouraged, or looking to start a collection. And at the very least, there are some nice pictures of some of my favorite plants for your viewing pleasure. 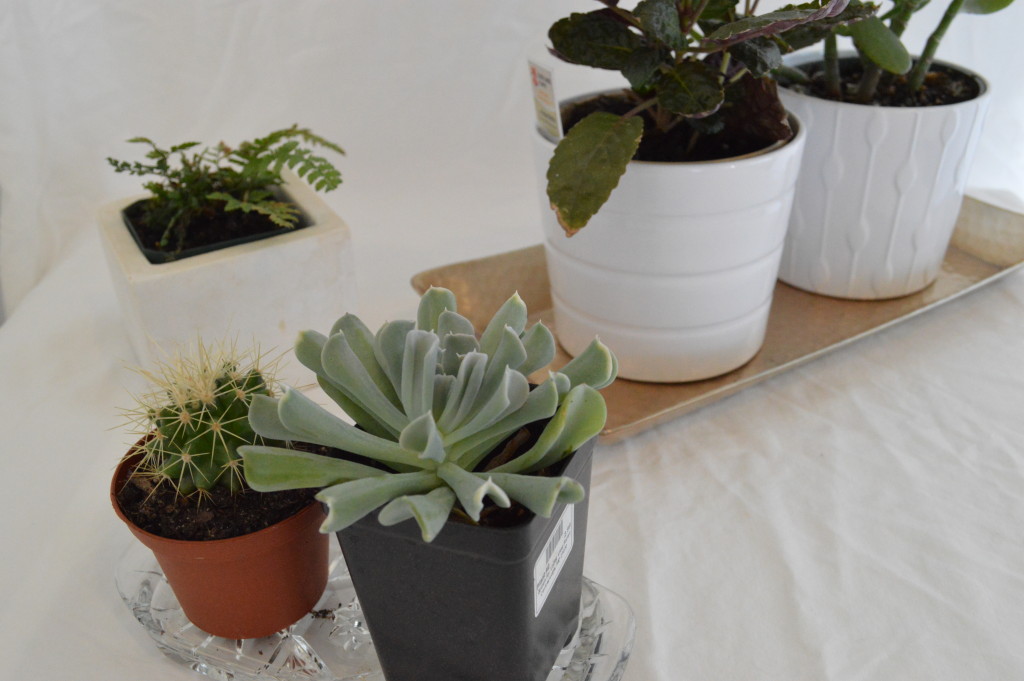 This one might have been the hardest for me to wrap my head around: plants actually need drainage. But why are pretty, hole-free pots sold everywhere? I thought. The water will leak on everything! I was sad, especially because I had just found nice white pots at IKEA. Turns out, there’s an easy fix: fit your pots with those plastic plant pots (the kind plants are sold in), and put the plants in those. You can’t really tell without looking closely, and your plants won’t drown/rot.

(As you can tell, I’m still in need of a few pots – I’m on the lookout for cute and reasonably priced ones, and I’ll come back to you with my finds.) 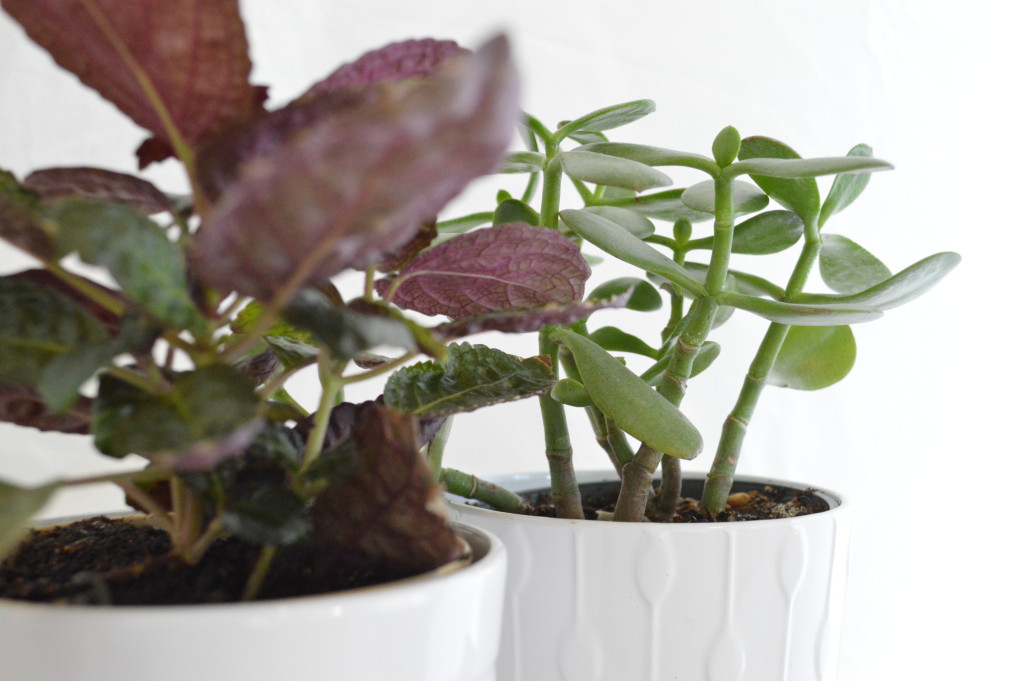 Not over-watering is key, even when you have drainage – but don’t be afraid of watering plants like cacti. I started watering one of mine a little more often and it magically began to grow. It’s a little hard to figure out a watering schedule if you have plants with different needs, but I’ve found that my leafy plants (fern & purple waffle) need water every few days, while my succulents and cacti can get watered at the same time – I give my cacti just a little, and then make sure the other soil is moist (sorry for using that word). 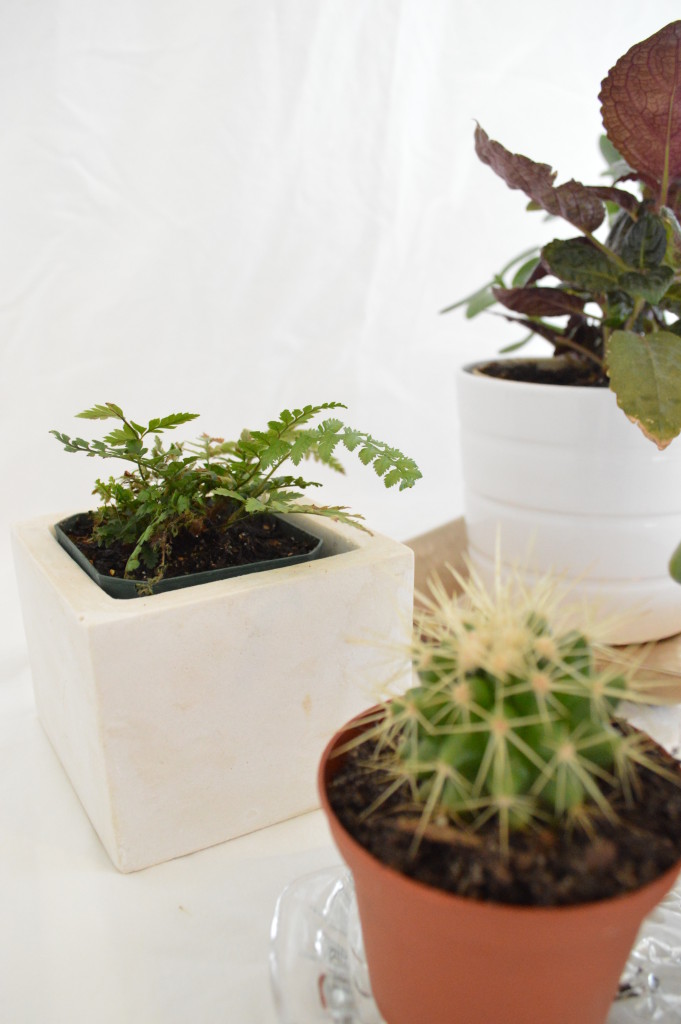 Plants are going to die. I actually bought a cactus once that was already in some stage of dying. But a little leaf from it was able to re-root in some soil and now it’s growing like crazy. Same goes for my kalanchoe – after putting the stem of a non-rotting leaf in some water for a while, roots began to grow. Now it’s in soil and it’s its own plant again. And don’t be afraid to trim off old/dying leaves (but you probably knew that). 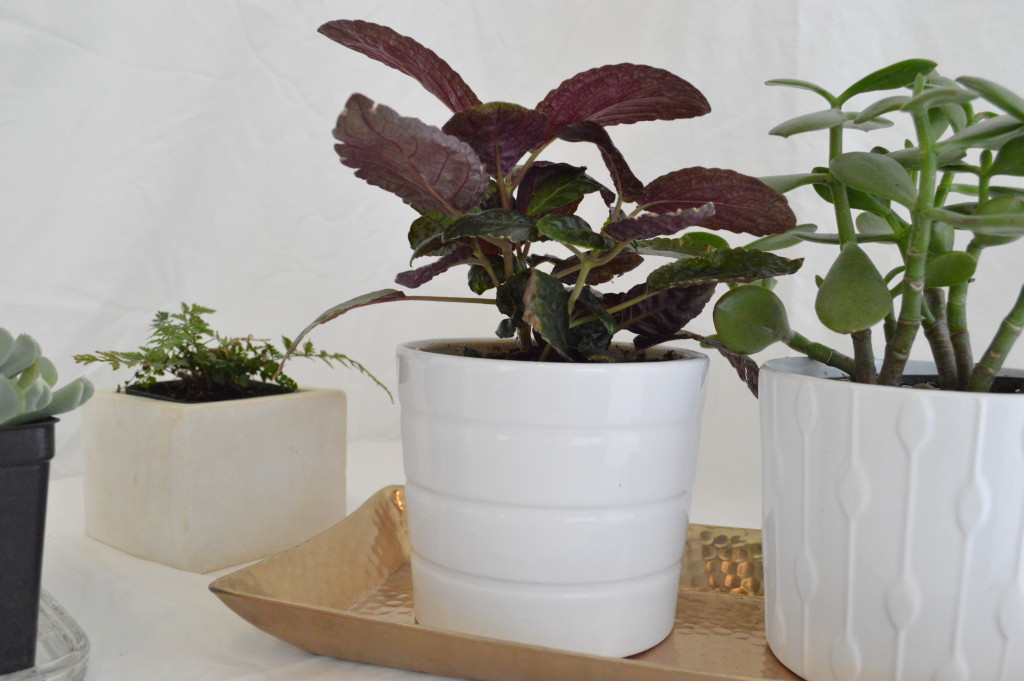 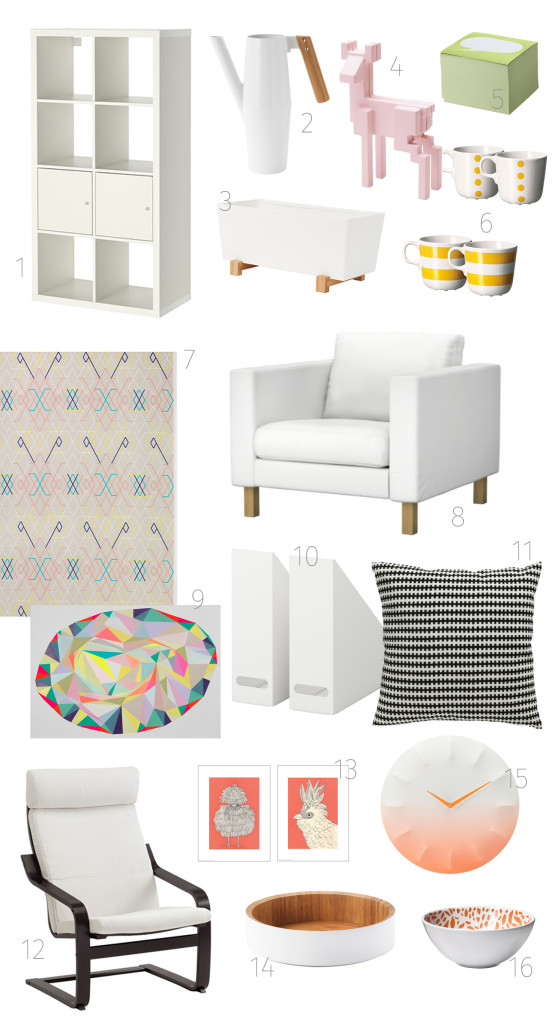 Last month I shared some of my favorite things from modern home decor mecca CB2, and I thought I’d do it again – this time with one of my favorite stores of all time, IKEA (and I’m not even embarrassed to admit that). I feel like it’s far too often overlooked as a place to shop for cheap furniture – and while it’s great for that, they also carry a ton of modern and sometimes-quirky Scandinavian decorations (like, they carry pretty nice wrapping paper in lots of cool patterns – who would’ve thought?). I pulled out my two favorite chairs (one’s in my bedroom, the other is in my studio) plus the best shelving unit ever (I have it in two sizes). And they sell gorgeous fabric – I used this in the loft in my studio, and this pillow is one of my favorites (it’s velvet!). I’m also drooling over the crisp white and rustic wood combo – I’m in need of a watering can and this one is just what I’ve been looking for. And how pretty would this bowl look filled with summer fruit? (The name, nödvändig, actually means necessary. Enough said.) And these prints…so fun for a gallery wall.

Now I’m seriously craving a trip to the big Swedish store. What are your feelings about IKEA?