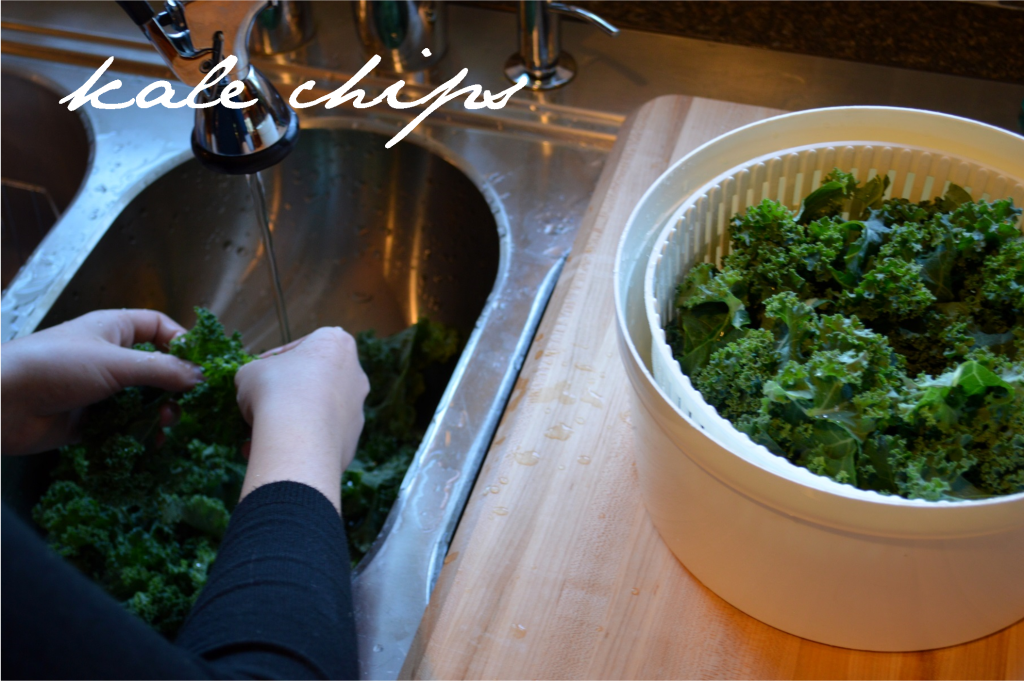 In case you were wondering: I’m one of those people who loves kale. (I also wear scarves and thick frame glasses, avoid mainstream music like the plague, read poetry and was once a barista, but that’s besides the point.) And I started buying (and subsequently devouring) raw kale chips, but they were kind of ridiculously expensive. So I picked up two bunches of kale at the farmer’s market and went home determined to make my own. Turns out, it’s the easiest thing ever, provided you have time to wash a ton of kale and an oven with a dehydrate setting (dehydrating keeps the kale raw so all the kale goodness stays in tact). Set the oven to 135°, pop the kale in on a baking sheet for 2-4 hours – and that’s it. The good news is that it’s actually impossible to ruin them – there’s only so much water in kale, and you’ll know when it’s all gone. My favorite way to serve them is sprayed with olive oil (if you don’t know what I mean, buy one of these. Now. You’re welcome.) and sprinkled with sea salt. Simple and delicious. Alright, I’ll stop now, before this turns into even more of a love letter to kale. 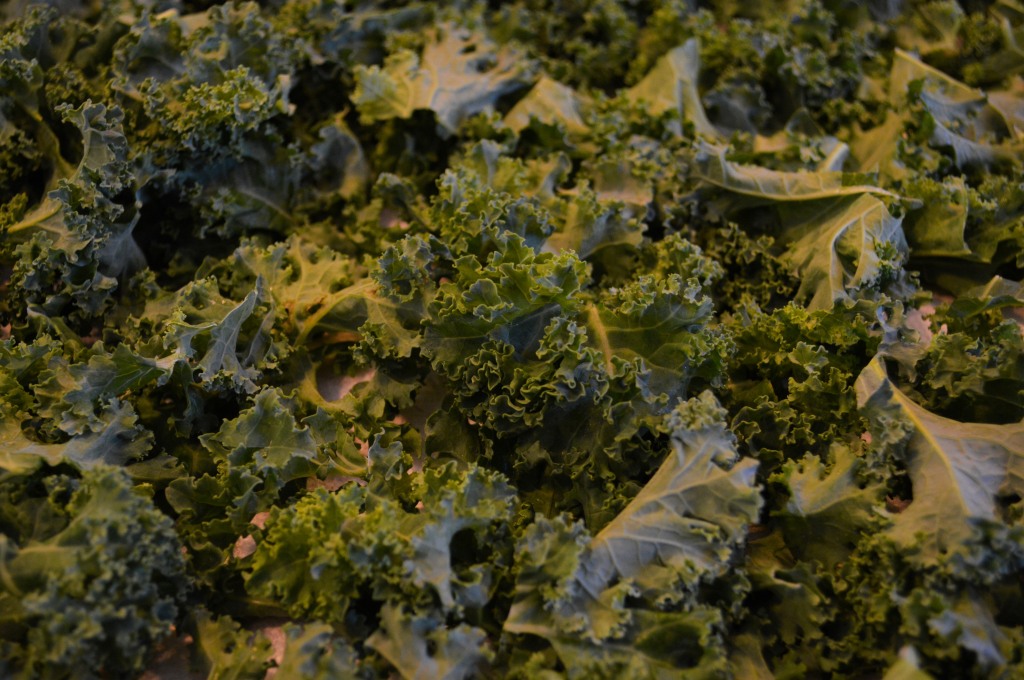 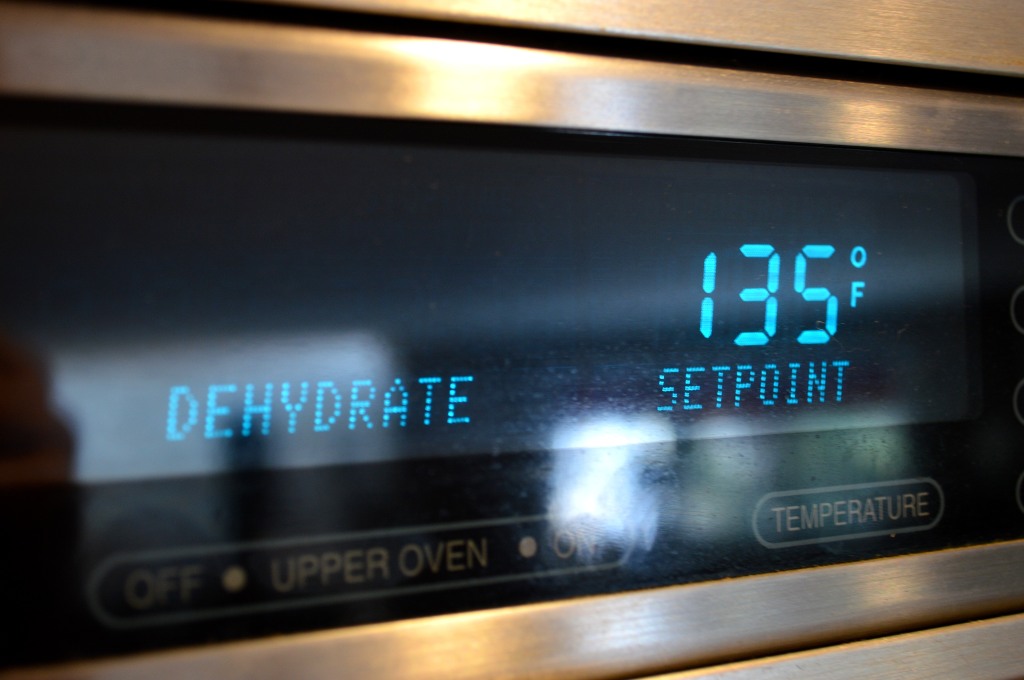 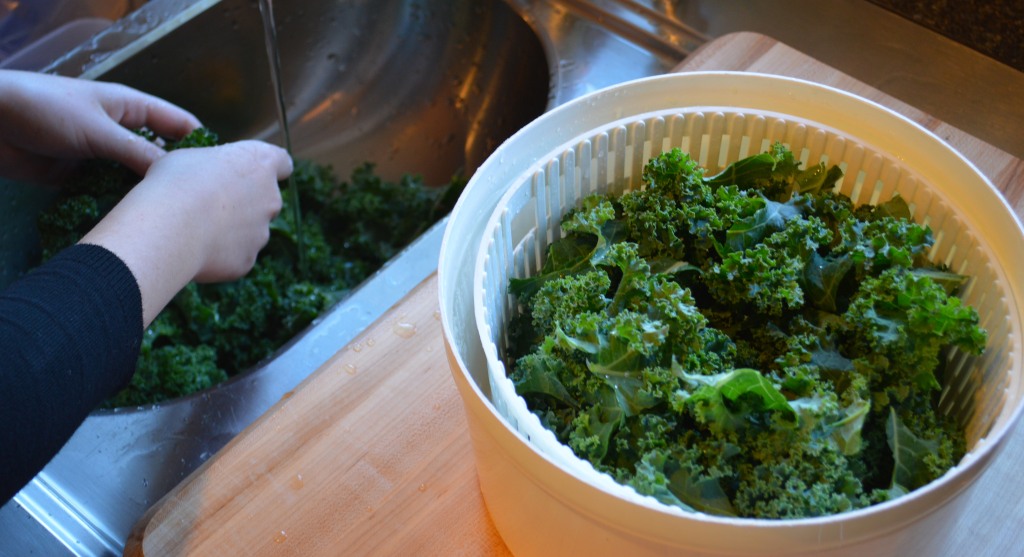 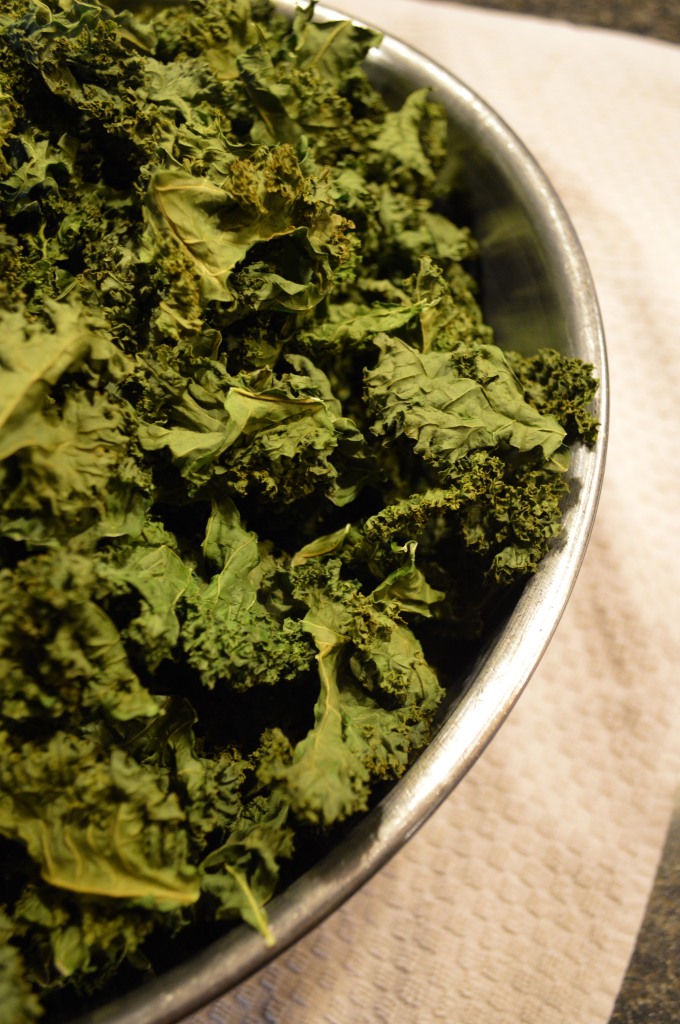